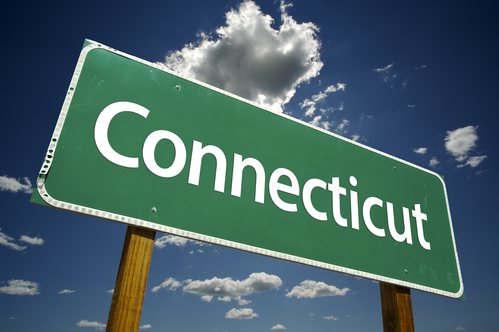 There is no question that the Sandy Hook Elementary school shooting was absolutely horrible and should never have happened. And we would be wise to ask about what really can be done to prevent those kinds of tragedies from happening in the future. But the answer to that question is not something that people who want to blame guns and gun owners want to hear.

Why? Because the truth is that we can’t prevent people from doing terrible things. We simply don’t always get any warning. What we can do is make sure that a good guy with a gun is more likely to be on the scene to stop the situation from escalating into a mass shooting.

Now, you may not know this, but gun manufacturers have been protected against lawsuits from people who want to blame the gun manufacturer for the evil things that someone did with a weapon made by the company. This legislation is called the Protection of Lawful Commerce in Arms Act (PLCAA). The idea is simple: people are responsible for their own actions. Manufacturers are not responsible for when people do evil things.

And this makes sense to most people. After all, have you ever heard of a lawsuit against Ford or GM blaming them for when a drunk driver drove a car made by that company and injured or killed someone?

No? Neither have I. It’s common sense.

Unfortunately, though, activist judges in Connecticut appears to be seeking to get around the PLCAA and have ruled in a lawsuit brought by survivors of the Sandy Hook shooting and representatives of those killed in that shooting in a way that seems intended to bankrupt gun manufacturers. The NRA-ILA gives us the details:

They advanced a variety of legal theories as to why the PLCAA did not apply to their claims.

A trial judge dismissed all of these claims in an October 2016 ruling, which we reported on at the time.

The plaintiffs then appealed to the Connecticut Supreme Court, which in a closely divided 4 to 3 ruling, found a pathway for the case to proceed.

The high court’s majority opinion focused on the exception for the violation of laws “applicable to the sale or marketing of the [firearm or ammunition]” that result in the plaintiff’s injuries.
In so doing, it had to resolve the question of whether that exception applies only to gun specific laws (like the ones used as examples in the act itself) or whether it could apply to any law that might conceivably be invoked against the manufacture or sale of a firearm or ammunition.

The court chose the broadest reading of that language, finding that it applied to any law used to bring a case against a firearm manufacturer or seller, whether or not that law was enacted with firearms in mind or even whether or not it had previously been used in the context of a firearm related claim.

The law the plaintiffs invoked was the Connecticut Unfair Trade Practices Act (CUTPA), which prohibits any person from “engag[ing] in unfair methods of competition and unfair or deceptive acts or practices in the conduct of any trade or commerce.”

The plaintiffs advanced two theories as to how this applied to the defendants’ behavior.

First, they asserted that any sale of an AR-15 to the civilian population was necessarily a fraudulent commercial practice, because (so they claimed) such firearms have no legitimate civilian use.

Never mind the fact that the AR-15 is, by all accounts, the most popular centerfire rifle in America, that it is owned by millions of law-abiding people who use it for every legitimate purpose for which a gun can be used.

It is also notable with respect to this claim that Congress enacted the PLCAA the year after it allowed the Clinton Gun Ban to expire in 2004. Congress was well aware that gun control advocates hate AR-15s and similar guns and want them permanently banned, but it did not exempt them from the PLCAA’s protection. Indeed, an important principle underlying the PLCAA is that the legislatures get to determine how to regulate firearms, not the courts.

The Connecticut Supreme Court, however, did not decide whether the sales and marketing of AR-15s to the general public is inherently fraudulent, finding only that the statute of limitations had expired on that particular claim. But the court at least left the door open for future such claims in other cases.

The second CUTPA theory the plaintiffs advanced was the outrageous accusation that Bushmaster intentionally marketed its version of the AR-15 to school shooters and other violent criminals and that the perpetrator of the Newtown crimes choose to use that gun at least in part because of this.

The supposed evidence the plaintiffs used for this claim was Remington ad copy that used militaristic images and language, appeals to patriotism, references to the gun’s use and proofing in combat.

These are, of course, the same advertising techniques used to sell any number of other lawful products to law-abiding people, from pants, to sunglasses, to boots, to vehicles.  The fact that a customer might appreciate knowing that an item – especially one for use in protecting his or her home and loved ones – performed well under demanding circumstances is hardly proof that it is purposely being marketed to deranged killers.

But that premise was enough for the Connecticut Supreme Court to require the defendants in the case to spend millions of dollars defending themselves from what is certain to be prolonged and costly litigation that publicly portrays the companies and their products in the most negative ways possible.

This was so, even though the majority acknowledged CUTPA had never been used to bring a firearm-related case in Connecticut and indeed had never even been applied to a personal injury case.

And if there was any remaining doubt about where the majority stood on the issue of AR-15s, they also included a totally unnecessary commentary suggesting the limits of the Second Amendment, which wasn’t even raised as an issue in the case. In particular, the court opined, “It is not at all clear … the second amendment’s protections even extend to the types of … rifles at issue in the present case.”

To their credit, three judges dissented from the majority opinion as it applied to the ability to use CUTPA to circumvent the PLCAA, even as they indicated their own disagreement with the choices Congress made with the Act.  “It is not the province of this court, under the guise of statutory interpretation, to legislate a particular policy, even if it were to agree that it is a better policy than the one endorsed by the legislature as reflected in its statutory language,” the Chief Judge wrote in his dissent.

With the viability of the PLCAA now in jeopardy, it is likely the defendants will appeal the case to the U.S. Supreme Court. Whether any intervention comes quickly enough to save the gun industry from a renewed campaign of frivolous litigation remains to be seen.

Look, the fact of the matter is that the claims that the lawyers used are nonsensical, just absolutely ludicrous. By this logic, likely every single who records rap music, or punk rock, or heavy metal, or any number of other kinds of music could be sued for what people did who happened to listen to that music.

Frankly, this is the kind of decision which should make the people of Connecticut think about impeaching the four judges who voted for this silly reasoning.

And we need to also pressure our representatives to fight back against this this type of harassment by gun control activists.

Remember, even if the Sandy Hook plaintiffs don’t succeed in their case against Remington, this ruling opens the door to other anti-gunners trying to get gun manufacturers to comply with their failed policies by making it more and more expensive for gun manufacturers to continue doing business by having to constantly defend themselves from these lawsuits.

If that happens, we all lose.