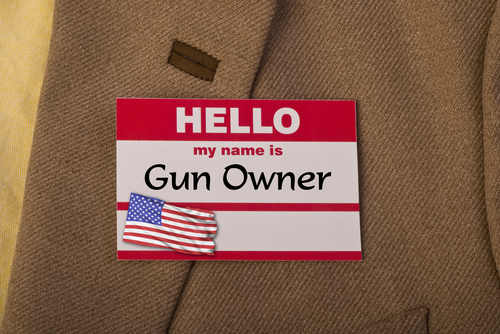 Gun control advocates would have you believe that registering guns will somehow, magically, prevent guns from being used in acts of violence. But people who actually own guns can tell you that registering guns doesn’t do anything except waste money and give anti-gunners in government an easy target to blame (registered gun owners) for gun violence that will continue.

This conflict between those for gun registration and those who know that it’s a waste of time is playing out in Quebec, Canada, where gun registration has been a failure. What will surprise many people about this conflict is that the conflict seems to primarily be between urban anti-gunners and rural folks who actually own and use guns. A Presse Canadienne notes,

The urban-rural split over Quebec’s long gun registry is becoming more apparent, with a growing number of small municipalities passing resolutions that either denounce the registry or call outright for its abolition.

Just days after the Jan. 29 deadline to register, about 75 per cent of long guns estimated to be in the province have not been registered. And the Presse Canadienne confirmed on Wednesday that at least 15 municipalities have adopted resolution against the registry.

Philip Tétrault, mayor of Warden, a town of 400 inhabitants about 100 kilometres east of Montreal, said that the registry is pointless and will end up like its federal counterpart, which was abolished by the Conservative government in 2012 after major cost overruns.

“The register may be popular in Montreal and Quebec City,” Tétrault said in an interview. “But the majority of people in Warden are against it.” Tétrault says the tens of millions of dollars the government will spend on the registry would be better used improving the quality of mental health care available in the province.

Louise Quintin, spokesperson for the Quebec Public Security Ministry, said on Wednesday that almost 15,500 firearms had been registered on Jan. 29 alone. However the total number of entries in the registry stands at only 386,253, while figures in the federal registry showed there were about 1.6 million long guns in Quebec. The provincial registry is expected to cost about $20 million to establish and $5 million annually to maintain.

Long gun owners had a year to register free of charge online or by mail. Those who refuse to do so could face a fine of up to $5,000. Quintin noted, however, that registration requests received after the deadline will not be subject to any sanction.

And Quintin noted that it is up to police to enforce the law.

If you haven’t noticed in the battle over gun rights in the U.S., anti-gunners typically are gathered in urban areas and don’t use guns (and have often never even seen a gun in person, only on television or in movies). On the flip side, gun rights advocates are very often people living in more rural areas who actually own guns and use them for hunting and self-protection.

Whatever the reason for the urban-rural split on the gun control issue, it is still abundantly clear to anyone who pays attention that gun control doesn’t work.