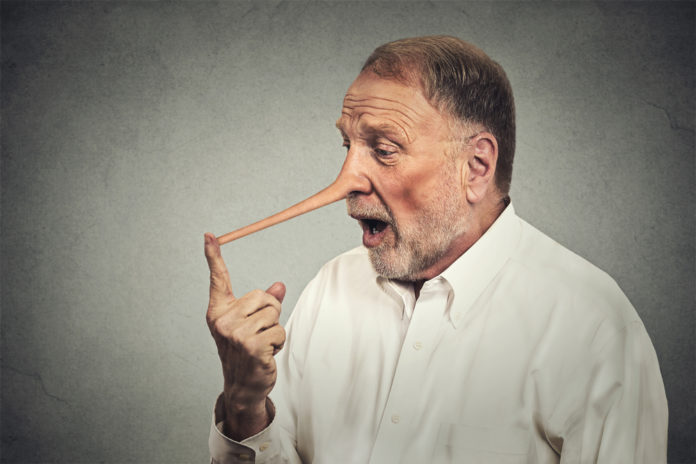 Most people have the decency to want to know the facts before trying to make a decision about something, but this simple, basic decency seems to be all but missing from anti-gunners when they get on the subject of guns and gun control. Sadly, they will misrepresent statistics, use unverifiable anecdotal evidence as fact, and will even outright lie if they feel that it will help to push their narrative.

It’s downright disgusting. And we have yet another example of this dishonesty. Steve Sanetti writes,

Gun control groups praising Connecticut’s Supreme Court decision to allow the Soto v. Bushmaster case to move forward are, ironically, using the court decision as an opportunity to perpetuate false narratives, the same misdeeds of which they accuse the firearms industry. Giffords Law Center to Prevent Gun Violence struck out at the firearms industry to push an agenda of half-truths, omissions of fact and obfuscation.

It’s an outright lie to malign the firearms industry with inflammatory rhetoric. To reach real solutions to the most challenging questions, we must deal in facts. In trying to invoke the tragedy of Sandy Hook, Giffords Law Center is painting with a broad brush the actions of a criminal to the entire firearms industry. It must not be overlooked that the criminal who committed the horrific acts at Sandy Hook became a criminal the moment he stole a firearm — well before he committed his unspeakable crimes.

No one — not a single person, nor company, nor the industry at large — has ever advocated that any crimes involving firearms are acceptable, tolerated or condoned. The implication otherwise is detestable at best, and unprincipled and amoral at worst.

The author of [a] column for the Giffords Law Center (“Truth and the gun lobby’s marketing lies,” April 6) accuses the firearms industry of playing fast and loose with facts in advertising. Here are the facts the author conveniently ignored when impugning an entire industry.

Sanetti goes on to detail ways in which the firearm industry is seeking to curb gun violence, but you aren’t hearing about that from either anti-gunners or their puppets in the mainstream media.

This is why we need to keep talking about gun rights and about the truth about guns and gun statistics. If we don’t talk about it, ignorant people will continue to believe anti-gunners’ rhetoric, and we simply cannot allow that to happen.