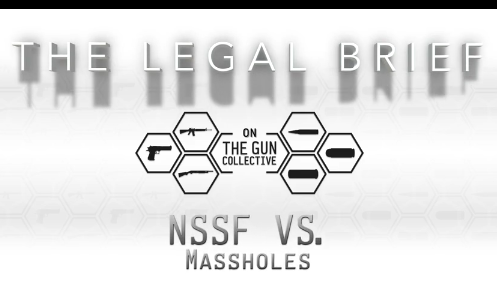 The folks in Massachusetts are fighting an important legal battle that could impact us all. A progressive state Attorney general could ban guns without passing a single new law.

If leftist get away with this, we could see lot’s of progressive government officials all across America do the exact same thing.

Here’s a break down:

Massachusetts can’t be allowed to reinterpret the law, allowing such could basically make all semi-automatics illegal.

This completely incoherent guidance is also a threat to our Constitution generally. Laws need to be understandable, these are intentionally vague.

The good news is that the same grossly incompetent leftists responsible for this new “assault weapon” guidance will have to defend it in court. Since the original architect of the assault weapons ban, Diane Feinstein, could never explain what a copy or a replica of an AR-15 was; it’s doubtful that even more incompetent state officials could do better.

It’s time for America to stand with Massachusetts on this critical fight for freedom!