Home Guns A Real-Life Example Of Why Gun Ownership Is Necessary For A Safe... 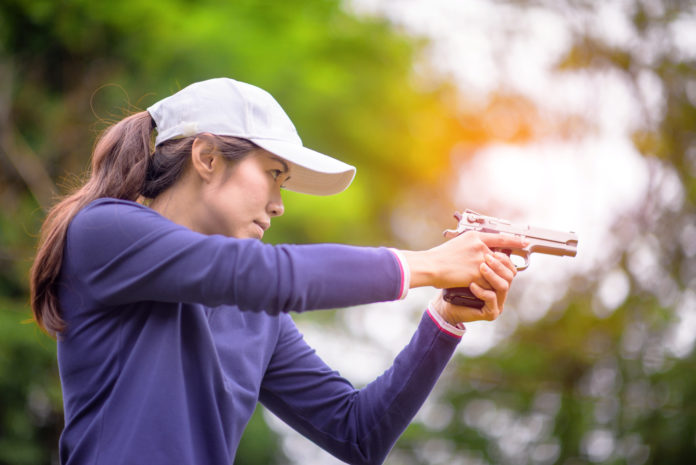 I have absolutely no sympathy for someone who would sexually assault a woman. None. I believe these people are intentionally aiming at those who are physically weaker and seeking to dominate and injure women in the one of the worst, most deplorable ways.

So, when I read a story about one of these predators being stopped short, I appreciate the rescuer’s efforts. I suppose that it’s no surprise that this story comes to us from Texas (Austin, to be specific). Mark D. Wilson, writing for the Austin American-Statesman gives us specifics:

The [arrest affidavit] said the woman reported that the attacker put his hand over her mouth and kept saying “shh, it’s me baby, it’s me” as she struggled to scream and use a whistle she carried to call for help.

As the assault continued, the man told the victim that he was a virgin, and this was his first time, according to the report.

Another jogger who was carrying a flashlight and a handgun heard the victim scream and ran over to help.

The affidavit said the jogger told police he shined his light in the direction of the screams and saw the victim on her back and the attacker on his left side on top of the victim.

The jogger pointed his gun at the suspect and demanded he get off the victim. The attacker stood up and was naked from the waist down, the affidavit said.

The woman got up and started walking to the jogger to get away from the attacker.

The affidavit said she did not know the jogger had a gun because she’d been blinded by his flashlight.

The attacker took off with the woman’s shoes and shorts when she walked in front of the jogger’s line of fire, the affidavit said.

Now, let’s be clear about this: would the jogger with the gun have been able to save this woman from a worse experience than she had already experienced if they had not had a gun with them? I doubt it. Court reports indicate that this was not the first time that the alleged attacker had assaulted women in this area. He obviously wasn’t too scared in general, but something about the rescuer scared him off.

I’m betting that it was the gun. This is one of those incidents that simply reinforce why gun ownership is so important for a safe populace, and why I especially support women being trained and armed.