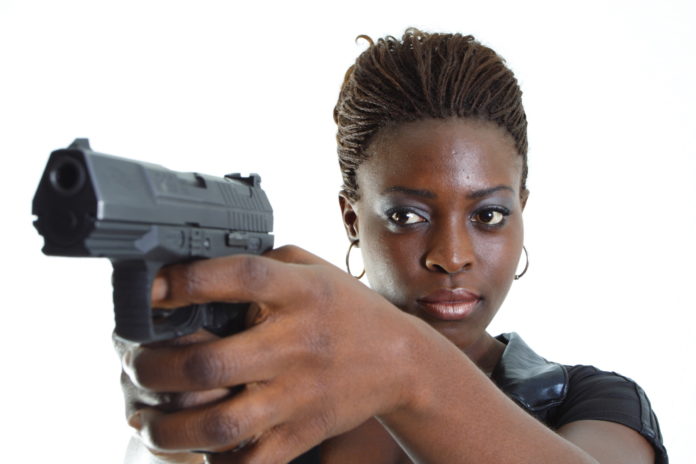 Chicago has a reputation both for being a danger zone of gun violence and also a gun control “utopia.” Are those two reputations connected? I think so.

It would seem that some African-American women in Chicago think the same thing. With that in mind, these ladies are buying firearms, getting trained, and getting their concealed carry licenses so that they can protect themselves and their families. Stacy Washington writes,

Great news out of violence-plagued Chicago’s South Side: A growing number of black women are buying guns, getting trained in their proper use and receiving concealed-carry licenses. So far this year, 1,368 carry licenses have been issued to black women in Cook County, surpassing the total number of 1,358 issued for all of 2016—which was up substantially from the year before.

What is responsible for this rise? The crucial first step was a federal appeals court decision nullifying Illinois’ unconstitutional refusal to issue concealed-carry licenses.

In December 2012, the 7th Circuit Court of Appeals overturned a statewide ban on private citizens legally carrying concealed weapons. At the time, Illinois was the only state in the country to still have such a prohibition.

This is such encouraging news to me. Yes, partly because I enjoy seeing ridiculous anti-gun legislation getting take down (as it should be) but also because I think it’s wonderful for these people who have had to live in this incredibly violent area to now have a great option with which they can protect their lives. Who wouldn’t want these women to have that option for their safety?

Well, the answer is either people who have bad intentions for these women or people who simply do not understand guns. The first group I want to be afraid of this situation. They shouldn’t be intimidating and assaulting and stealing from these women anyway. The second group need to face reality: responsible gun use saves lives, and these women in Chicago will save the lives of innocent people.