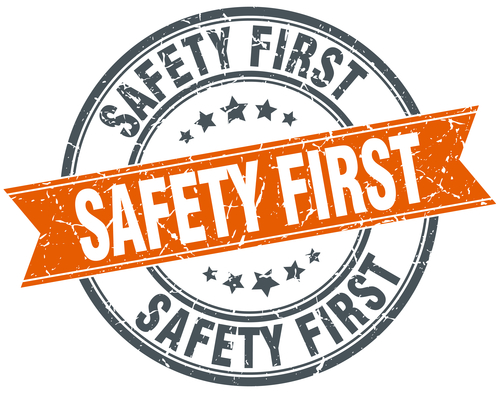 If you ask an anti-gunner why they support gun control, they’ll usually say something about saving lives and will often say that “it’s for the kids.” To be fair, for a number of these people, that’s probably why they support misguided policies like gun control. But gun control has never really been about safety.

Now, I’m not just being crazy here. If you take a short glance through 20th Century world history, you will see that gun control always happens before a dictator takes absolute power in a country. Whether you’re talking about Nazi Germany or the Soviet Union, gun control was in place to prevent the people from being independent of government control.

And some people think that government control is the real purpose behind pushing gun control in the U.S. now. Kurt Schlichter writes,

[Anti-gunners’] goal is to slowly chip away at our gun rights until we wake up one day without our weapons living in Great Britain West, where the cops focus on busting dissenting subjects for mean tweets while Normal people can’t walk the streets without getting stabbed or splashed by acid by thugs who know damn well their victims are defenseless. It’s interesting to note that the UK’s ruling class, having been instructed by the voters to leave the EU, have so far declined to do so. And when the referendum is ignored, what will the British people do about it? Nothing. They’ve already submitted. They gave up their guns because civilized people don’t need guns, don’t you know? Of course, when the ruling class tries to sell you “civilization” what they are really peddling is submission. It’s a sad irony, since our recognition of the natural right of the people to keep and bear arms derived from the same right recognized in England during its Age of Testosterone.

Cede a monopoly of force within society to the elite and those wonderful, competent and honest folks will totally respect you and work on your behalf. Also, here’s a profitable high-speed rail line from Bakersfield to Fresno I’ll sell you cheap. Just don’t look at the Russiagate soft coup behind the mirror! The fact is that an armed citizenry is a true backstop to tyranny, an obstacle to total control over society by a small elite that seeks unbridled power. Will we ever have to use it? We hope not, but think of it as a fire extinguisher for fascism – better to have it lying around than not to have it when you need it.

This, along with the joy of rubbing your noses in the fact that they can strip you of the dignity that comes with being a citizen and not a subject, is the real reason the urban coastal left is so hellbent on taking guns out of the hands of law-abiding Americans and leaving guns in the hands of people they control. Remember, the left is pro-guns. It’s just anti-you having guns too.

And there you have it. The founding fathers didn’t mention self-defense as a reason to own a firearm because the right to defend yourself and your family from an attacker was a given. But the founding fathers were concerned about people realizing that they have the right to put their government back in its place of limited power which is what most of them envisioned as the best type of government.

Here’s The REAL Reason That Gun Manufacturers Have Immunity Laws