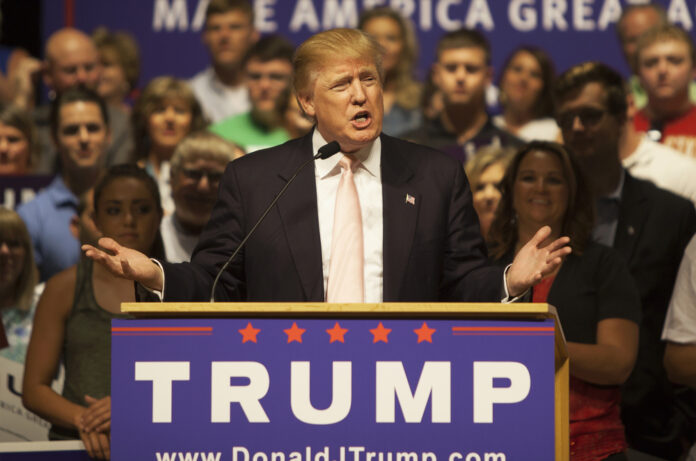 In this day and age, it’s refreshing to see a public official actually take a stand for real civil rights, Constitutional rights such as gun rights, as opposed to those fake rights which demand that someone else pay for what you want.

So, it was especially nice to see President Trump take a stand against Virginia Governor Ralph Northam’s and his cronies’s attempts to run roughshod over the U.S. Constitution in Virginia.

What did Trump say? He said gun confiscation will not happening while he is President. AWR Hawkins writes,

During his January 28, 2020, rally in Wildwood, New Jersey, President Donald Trump referenced the Democrat gun control push in Virginia and made clear that gun confiscation is not happening on his watch.

Trump said, “We will always protect … the right to keep and bear arms, which is under siege.

The crowd broke out in chants of “USA, USA, USA.”

Trump noted, “In Virginia, they want to take your guns away — it’s just the beginning.” He paused as the crowd booed, then added, “Never going to happen as long as I’m President of the United States, that I can tell you.”

After Northam, Bloomberg, the mainstream media, and all of their cronies vomiting continual lies and misrepresentations about gun owners and gun ownership, it’s nice to see someone that the media can’t silence stand up and take a stand for us.

I’m not going to suggest that I think that Trump has been perfect on his stance on guns (I’m thinking back to the bump stock ban), but he’s a heck of a lot better than a nutcase full-on anti-gunner like the rabble currently trying to shove gun control down the throats of the Virginia population. So, that’s something to be thankful for.

One thing is clear, though: if we want the #VAGunRightsRebellion to be successful in protecting the rights of gun owners, then we will need to be involved in educating people and voting in 2020 to prevent Northam’s anti-gun idiocy from continuing.