Home News Why Should Only Police Have Guns When Even State Troopers Are Lying... 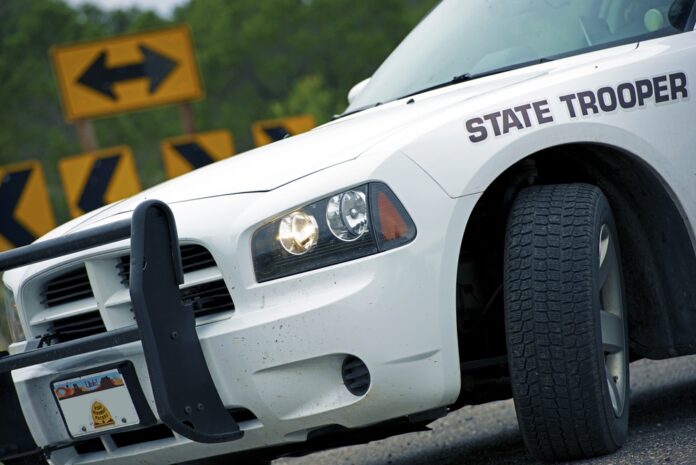 Anti-gunners would have you believe that only law enforcement officers and other government officials should be the ones who have firearms. Maybe they trust government more than your average person. Who knows?

And I’m not going to suggest that most law enforcement officers are anything other than good, decent individuals who genuinely want to help people. I know too many good cops to think otherwise.

But that doesn’t change the fact that there are some bad apples in the government ranks who take the job because of a desire to control and use people, and it doesn’t take too many people like that in a position of power to cause huge problems.

Which brings up the issue that people in government, especially law enforcement, should be held to a higher standard of conduct. After all, we let them do things that the rest of us aren’t allowed to do in the course of doing their jobs.

Sadly, not all law enforcement officers live up to that standard, such as a guy in Pennsylvania (hat tip to here for the lead). Rich Cholodofsky writes,

A former state police officer accused of falsifying an application to buy two firearms did not attempt to break the law, his lawyer told a Westmoreland County jury as his trial started Monday.

Chad Corbett, 40, of New Derry, believed criminal charges alleging he had assaulted a woman were to be dismissed when he signed documents in early March 2018 to buy guns at the Army-Navy Store in Latrobe, defense attorney Fran Murrman said.

Corbett had a plea bargain deal in place since a preliminary hearing just weeks after his arrest in November 2017 in which felony charges were to be dismissed in exchange for his successfully completing anger management treatment, according to Murrman. That deal, in which Corbett pleaded guilty to a summary harassment charge, was finalized March 23, 2018, Murrman said.

“That’s what they promised him, and that’s what he accepted,” Murrman said.

Corbett sat quietly in court at the start of his trial before Common Pleas Court Judge Tim Krieger. He stroked an emotional support dog clutched in his arms as Murrman told jurors about his history as a police officer and as a military policeman in the U.S. Army Reserves. Corbett was diagnosed with post-traumatic stress disorder following deployments to Bosnia and Iraq, Murrman said.

Emotional issues led to Corbett being forced to retire with a disability from the state police following his arrests, Murrman said.

Corbett was aware of the pending assault charges when he filled out paperwork to purchase the guns, Assistant District Attorney Mike Pacek said in his opening statement. That paperwork required Corbett to disclose he faced charges that could result in at least a year in jail, if convicted, Pacek said.

“Clearly this was an attempt to get these guns when he knew he wasn’t allowed to,” Pacek said. “He knows he broke the law.”

Two witnesses testified that Corbett signed the paperwork with false information about his criminal history.

Now, I’m not suggesting that this guy didn’t go through difficult situations. I have no way of knowing his life story. I don’t know him personally. What I do know is that this guy appears to have knowingly broke the law, and that’s unacceptable for a law enforcement officer.

Yet, anti-gunners would have you believe that only law enforcement officers can be trusted with firearms? I say that anti-gunners are living in a delusional world in believing that.