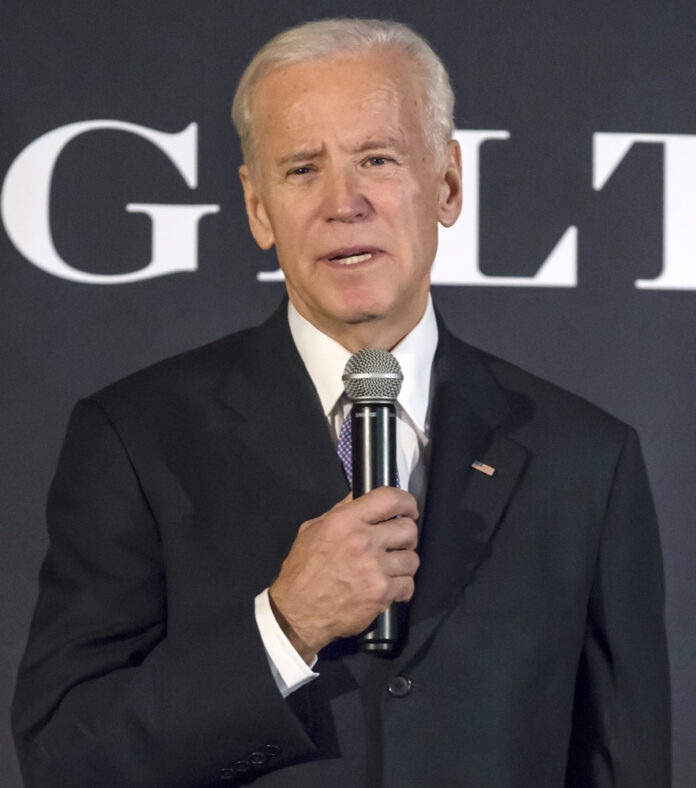 Joe Biden. The guy has a “colorful” history when it comes to proclamations about firearms (anyone remember his statement about shooting a shotgun in the air to scare away a home invader? Yeah, he got into trouble for advocating stopping a home invasion by breaking another law).

The guy just doesn’t seem to have a clue when it comes to firearms, but that doesn’t stop him from saying more and more stupid stuff. A Washington Examiner article has details of the latest foolishness for us:

“Those who say ‘the tree of liberty is watered with the blood of patriots,’ a great line, well, guess what?” Biden lectured his audience in the “Live Free or Die” state. “The fact is, if you’re going to take on the government, you need an F-15 with Hellfire missiles. There is no way an AK-47 is going to take care of you.”

Even though we believe that the Biden candidacy is fated to pop soon, the argument he made is such a prevalent misrepresentation of why gun rights supporters view the Second Amendment as a bulwark against tyranny that it’s worth addressing.

Yes, of course, critics are right that civilian gun owners wouldn’t be able to overthrow completely a government willing to deploy a vast, expansive, and technologically elite military force. But that’s not the point. Our founders believed that every man has the fundamental right to resist tyranny.

Furthermore, one doesn’t need to defeat the government in armed civil war for an armed populace to still serve as a bulwark to tyranny. What matters is that citizens can put up a fight. An armed populace dramatically increases the cost of imposing and maintaining tyranny. Sure, perhaps a tyrannical future president could subdue a resistance, even in a country with more guns than people, such as America, but it would require months of bloody conflict, substantial military losses, and a protracted political nightmare.

Contrast this to a scenario in which an unarmed citizenry is completely at the government’s mercy, able to sweep in and crack down on its people with immediacy and ease. It’s clear that just imposing a higher cost to repression in and of itself is a check on would-be tyrants, even if the people couldn’t, in fact, overthrow the government successfully.

This Washington Examiner piece gets it right. In fact, we have evidence from just a few years ago in the U.S. that an armed populace by itself is a deterrent to the aggression of a government with the Bundy Ranch standoff (whatever your opinion of that situation, it seems clear that armed people on Bundy’s side of the issue caused the Feds to back down at the time of the confrontation).

Now, no sane person wants to have to use their firearm to protect themselves from an attacker, whether a criminal or their government. But all responsible people want the ability to defend themselves against the aggression of others, and that is why we must continue to fight for our right to bear arms.