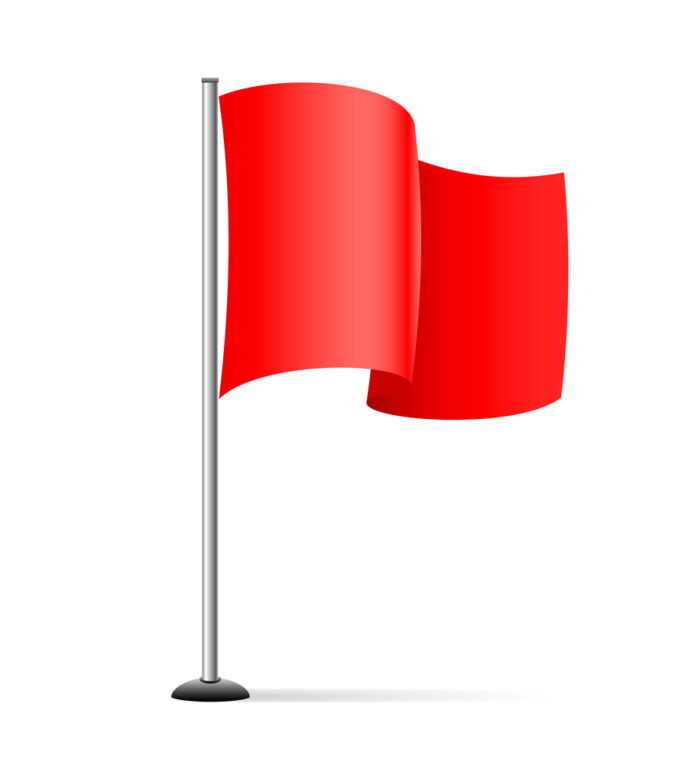 Anti-gunners like Virginia Governor Ralph Northam and Presidential wanna be Michael Bloomberg have a love affair with red flag laws. They love them, absolutely love them.

The promise of red flag laws (they say) is that taking guns from people who are a danger will save lives.

As the 2020 Virginia Legislative session draws to a close this week, it appears that a version of a “red flag” law (House version; Senate version) will be sent to Governor “Blackface” Northam for his signature.

I thought I had exhausted my complaints about these laws previously, but Virginia’s Bloomberg-purchased Democrats made changes to the bill that plumb new depths: the “extreme risk” threshold was lowered to “substantial risk” and the usual time frame of “imminent” was expanded to  “near future.”

Determining whether or not “substantial” refers to the likelihood or magnitude of the harm is an exercise left for judges to determine. But they receive no more guidance regarding risk assessment than whatever evidence they “shall” consider, leaving respondents at their mercy and reducing courts to the Chanceries of old.

Virginians can look to Florida to see what we’re in for. The Giffords Law Center to Prevent Gun Violence recently released a report of its examination of the usage of Florida’s red flag law, an “extreme risk protection order,” in Broward County. The report opens with their justification for these laws:

“People who carry out violence against themselves or others often exhibit dangerous behavior and warning signs. Restricting firearm access in these moments of crisis is a critical way to prevent gun violence and save lives. Extreme risk laws give law enforcement a process to do just that.”

The key premise of red flag laws is that there is a category of behaviors that are neither criminal nor due to a mental illness that merits civil commitment, that indicate that the person is at such risk of violence that his/her enumerated rights should be immediately violated ex parte for the protection of the subject and those around them.

Yet of 255 unique petitions filed between March 9, 2018 and March 9, 2019 in Broward County, all of the cases could have been managed under existing laws, either by mental health commitment or through the criminal justice system.

In other words, red flags laws were completely unnecessary. They just create an additional lair of bureaucracy and waste. Like we need more of that in any government program. The report gets worse, though. Petrocelli continues,

This is even more obvious in the summary of statistics about the law’s usage: “412 guns seized, 3 per seizure, 67 guns surrendered by one individual.” The report was silent about lives saved, and not due to intellectual honesty. That is not their main goal, and they can’t tell anyway.

And Petrocelli says that the Florida experience quoted above matches experiences in Connecticut and Indiana.

In other words, red flag laws are just a duplication of existing laws to address those in serious need of mental health help, and also red flag laws have no proven effect on reducing firearm related deaths.

For anti-gunners not following all of this data, that means that red flag laws don’t work.

So, thanks Northam and Bloomberg. You’ve succeeded in wasting more government money without making a positive difference in the lives of others and have succeeded in threatening the Second Amendment rights of the safest members of society.

Basically, you anti-gun folks are screw-ups, and now members of the #VAGunRightsRebellion have to work to undo the stupid mess that you made. You anti-gunner folks should be put in jail both for openly violating the Second Amendment, but also for lying to your constituents about what will make a difference in gun violence.