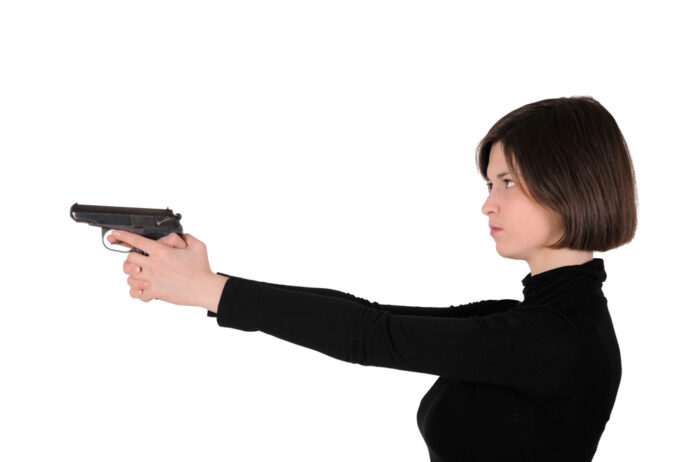 Michael Bloomberg and his anti-gunner cronies should have seen this coming. Frankly, it’s simple common sense, but, as you know, taking an anti-gun position seeking to restrict gun rights flies in the face of common sense.

What am I talking about? I’m talking about why we’re seeing a surge in permit applications and gun sales in America during this COVID-19 situation.

Now, the mainstream news media won’t tell you this even if they understand it, and politicians advocating for gun control don’t know this because they are the people who don’t consider the unintended, but likely and obvious, consequences of a policy. Read this story from Shreveport, Louisiana, and see if you can pick out that reason. Alexandra Meachum writes,

An attempted home invasion and robbery is thwarted by a sister with a gun who’s quick reaction helped to save her brother.

It was early Sunday morning when a Shreveport homeowner said he was working on his Jeep in his garage along with his sister when two men with guns rushed up to him shouting “where’s the money?”

“I was leaning into my Jeep and two boys came up behind me and one grabbed me by my arm and the other grabbed me by my head and went to walk me into my house and … we ended up getting into a shootout in my garage,” he said.

His Jeep has bullet holes from that shootout. His younger sister jumped into action. He did not want to share their names, but shared how they defended themselves.

“She was in the passenger seat working the radio and she saw the boy with a gun to my head and saw him walking me into the house and she just took charge from there.”

She pulled out her gun and fired on the men attacking her brother, striking 21-year-old Marcus Smith and holding him at gunpoint until police arrived. As she chased them out of her house they fired back and hit her brother.

The man who was attacked said of his sister that “She saved my life!” Meachum continues,

The homeowner said he’s glad they had their guns on them, did not panic, and will not be leaving the garage door open anymore. He said they’ve started carrying their guns more since the pandemic.

Is it any wonder that people are carrying more since the pandemic? Of course, this means that people are buying more guns as more-and-more people become gun owners to protect themselves and their families from attacks during the COVID-19 situation.

It’s a clear cause and effect situation if you aren’t blinded by ideology, but, sadly, anti-gunners are blinded to this reality by their ideology. It’s utter foolishness on their part, and their attitude endangers law abiding citizens.

In other words, the only people that gun control protects are criminals. This is exactly the reason why we should oppose all gun control.