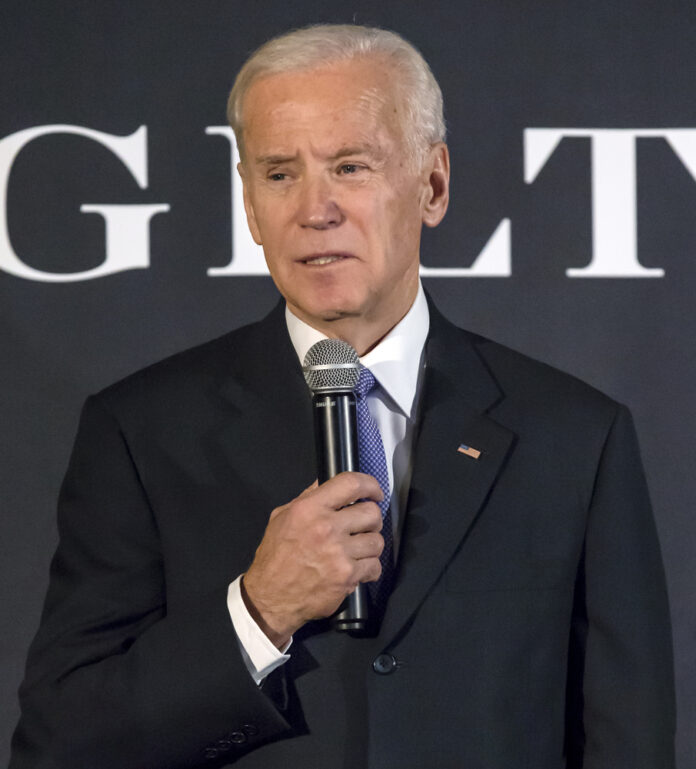 Joe Biden is the politician in our lifetime who is the most likely to place his foot in his mouth at every available opportunity, especially when he talks about guns.

You may remember his famous remarks about telling his wife to shoot a shotgun in the air to scare off someone when she feels threatened. Never mind that doing that could put her in jail.

Then there is his comment about advocating for a gun control policy that would, effectively, restrict Americans to shooting muzzle loaders because he doesn’t know the difference between semi-automatic and fully automatic firearms.

Or how about that time that Biden compared owning firearms to owning cannons in the Revolutionary War-era U.S. to try to justify stricter gun control measures. He said this (of course) without realizing that individual Americans did own cannons during that time period.

If you want nonsense statements which favor gun control, Joe Biden is a wealth of fodder, and statements on his campaign website just adds to the list. Jacob Sullum writes,

In explaining his plan to ban “high-capacity magazines,” Biden also talks about hunting. “Federal law prevents hunters from hunting migratory game birds with more than three shells in their shotgun,” his campaign says. “That means our federal law does more to protect ducks than children.”

Of course, this statement completely ignores the fact that gun control doesn’t protect children when you look at the statistics in context of per capita shootings and deaths and of already existing trends in a geographic area.

Beyond that, this statement on Biden’s website ignores the reality of one of the basic reasons why the Second Amendment is so important to so many Americans. Again, from Sullum:

California argued that no one needs large-capacity magazines for self-defense. Millions of Americans disagree, and so do police officers, who were exempted from the state ban.

U.S. District Judge Roger Benitez, whose 2019 decision blocking enforcement of California’s law was upheld by the 9th Circuit last week, noted that the rationale for the ban hinged on a small subset of “extremely rare” crimes: cases where the need to switch magazines creates a “critical pause” during which a mass shooter’s victims might overpower him or escape.

For gun owners confronted in their homes or businesses by one or more violent criminals — a situation much more common than mass shootings — that “critical pause” can become a “lethal pause,” Benitez observed.

In any case, the 9th Circuit concluded, the law’s speculative benefits cannot possibly justify its sweeping breadth. “California’s near-categorical ban of LCMs strikes at the core of the Second Amendment,” it said.

Biden does not merely disagree with that analysis. The evidence suggests he does not even understand it.

If for no other reason, these reasons are absolutely why Joe Biden and Kamala Harris need to lose the 2020 Presidential election.