Home Guns Why You May Want To Consider A Particular Walther Pistol For Your... 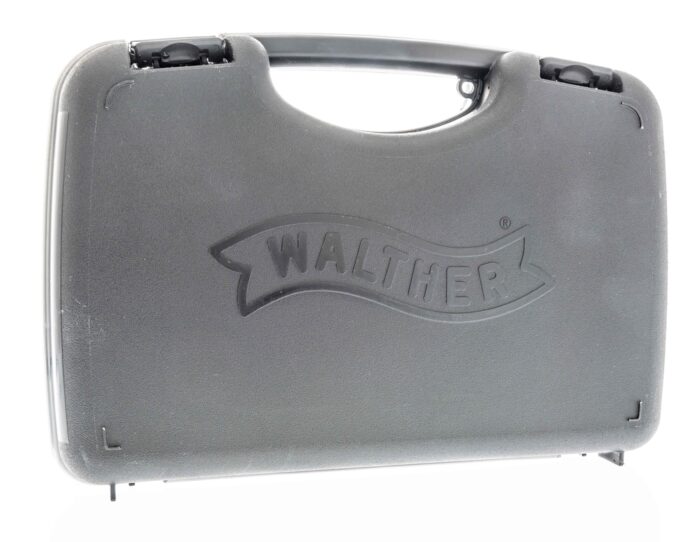 If you’ve been around firearms for any amount of time, you’ve likely heard of the name Walther. The company has been around for years, and many shooters love their weapons.

But, like anything else, not everyone is a fan. As a writer going by Nicholas put it:

There was just one significant criticism of the [Walther] PPQ [pistol] from American shooters. They disliked the European-style paddle magazine release. Walther listened and in 2013 released a revised model that featured an American-style push button release instead. This was the PPQ M2.

Nicholas compares the PPQ M2 favorably to a Glock and speaks well of the weapon’s durability, accuracy, and the comfort of the pistol’s grip. Beyond those details, Nicholas raves about other features of this firearm when he writes,

The PPQ is equally as simple as a Glock. There are no external safeties on the gun, other than the lever on the front of the trigger that must be depressed for the rest of the trigger to pull. The slide release is present on both sides of the gun for true ambidexterity, and it is larger and easier to release than the Glock as well.

While the push button magazine release is not truly ambidextrous, it is reversible, and therefore adaptable for left-handed shooters.

The PPQ also features a loaded chamber indicator that you will find near the ejection port. When the weapon is chambered, the extractor will be slightly pulled back and reveal a red marking that signifies the gun is loaded. Even in dark conditions, you can feel the extractor has been pulled back to tell you there is a round in the chamber is loaded.

Nicholas notes that the PPQ M2 has an accessory rail on it for lights or other useful attachments, but what appears to make this firearm a favorite for him is the trigger. He continues;

But the greatest feature of the PPQ and the single feature that has caused it to sell so well for Walther is the trigger. In fact, the trigger is a category of its own. Walther claims it is the smoothest and lightest trigger of any production striker fired pistol on the market, and you’ll be inclined to believe it when you shoot it for yourself.

The average trigger pull on the PPQ is between 4.5-5.5 pounds (if you use a trigger gauge, the trigger pull on any pistol won’t be identical with each shot). There’s a short and very smooth take-up before you get to the break, which is very crisp has a mere 0.1-inch reset. This neat of a trigger means the PPQ is excellent for firing follow-up shots.

Now, obviously, like so many other things in life, details about the ergonomics of the firearm and its trigger are going to be personal preference issue. That being said, though, if you’re looking for another 9mm pistol, the Walther PPQ M2 may be a firearm to consider.