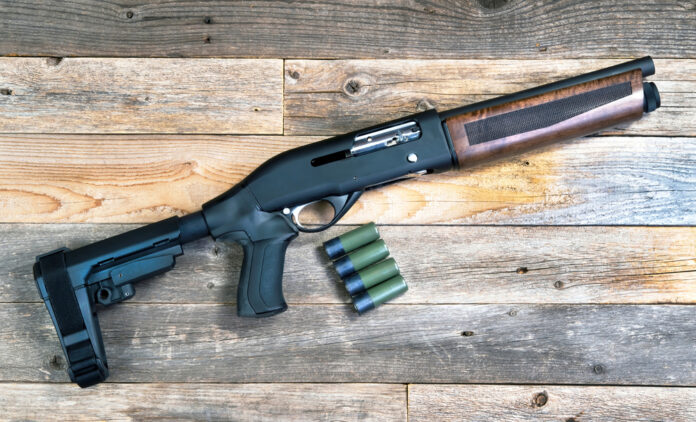 Ah, gun registration: The silly idea that knowing who legally buys and legally owns a firearm will magically prevent people who illegally use guns from committing crimes.

But, gun registration, especially the idea of a Federal gun owner database is all the rage among holier-than-thou anti-gun circles and, according to at least one writer, the Federal Bureau of Alcohol, Firearms, Tobacco, and Explosives (ATF) itself.

No, really. According to Stephen Gutowski, a recent decision by the ATF is just an early step in setting up a national gun database, and he may have good reason to say that when you consider other reports which talk about how portions of the ATF are cozying up to presumed President-elect (by the mainstream media) Biden (see here for more information that nonsense). But back to the recent ATF decision: Gutowski writes,

The ATF published a notice Thursday that could require millions of AR-15 pistols and similar firearms—which are designed with braces that strap on to a shooter’s forearm—to be either registered, turned in, destroyed, or dismantled. But the standards laid out for determining the devices’ legality, such as caliber or weight, provide no objective measures, and the agency said it may also use undisclosed factors to judge the legality of the devices.

The agency conceded in the notice that some pistol braces are legal and should not be subject to the registration or destruction requirement. It said, however, that it could not provide a blanket determination for which pistols, or braces with which they’re often equipped, are legal and said it would have to examine each gun “on a case-by-case basis.” That means owners of the vast majority of the estimated three to four million AR-15 pistols and similar firearms may have to register with the ATF.

Currently, short-barrel rifles and shotguns “must be registered and require a $200 tax stamp.” This requirement does not apply to pistols at the time of this writing (but if Biden gets into office, give it time). Still, if the ATF has to check your gun to know whether you qualify, then they will know that you have firearms which means that, suddenly, you are on a list of gun owners even though you did nothing wrong.

Nothing good can come of this ATF decision, and it’s time that we start putting some pressure on our elected officials to get the ATF to stop wasting our time and money (because our taxes pay for these folks) and to focus on the people actually doing illegal things. You know, like criminals.