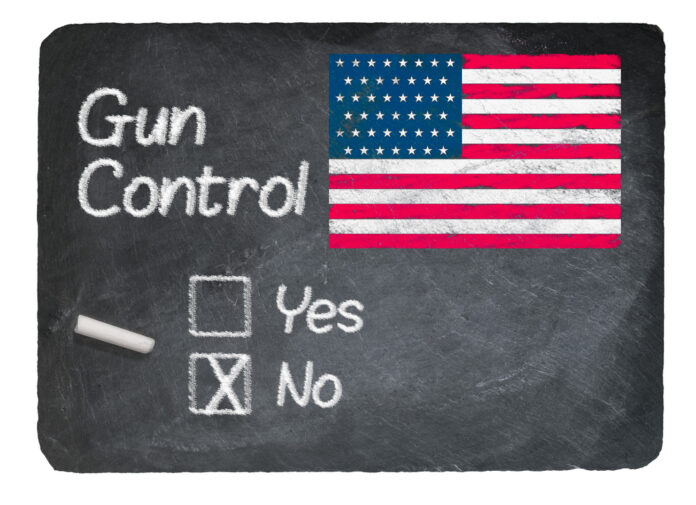 As the Biden administration pushes more and more for strict gun control nationwide, it would appear (especially if you watch the mainstream media) that the Second Amendment in America is doomed.

But that conclusion isn’t so inevitable.

For example, more and more states are passing laws or their governors are issuing executive orders that prevent those state governments from enforcing any Federal government mandates or laws for gun control. So, while the Federal government may pass a law or Biden may sign an executive order pushing gun control, a state’s willful inaction in enforcing that law has the effect of nullifying that law (see here for more information about that).

And, now, another state has jumped on the bandwagon toward moving to nullify Federal gun control laws. Jack Phillips writes,

The Arkansas state Senate voted this week to block federal law enforcement officials enforcing certain gun laws and regulations, sending a bill to the state House in the midst of congressional gun-control proposals.

The Senate voted 28-7 to approve the measure, which will then be sent to the House. Arkansas’ Legislature is overwhelmingly Republican.

“All acts, law, orders, rules, and regulations of the United States Government, whether past, present, or future, that infringe on the people’s right to keep and bear arms as guaranteed by the Second Amendment to the United States Constitution and Arkansas Constitution, Article 2, [Section] 5, are invalid in this state, shall not be recognized by this state, are specifically rejected by this state, and shall be considered null and void and of no effect in this state,” according to the text of the bill.

The measure will prohibit any law enforcement agencies in Arkansas from cooperating with federal officials to enforce federal gun laws that go in conflict with the rights provided in the Arkansas Constitution, according to Arkansas Online. Some state lawmakers expressed a worry that President Joe Biden would ramp up gun-control measures.

Phillips also notes that one State Senator, Jim Hendren, “said the bill would put Arkansas’ federal funding at risk and would place an unnecessary hurdle between Arkansas law enforcement and federal agents.”

I’ll be blunt here: Arkansas is doing the right thing here, and every state in the union should pass similar legislation to completely nullify all Federal gun control efforts. Why? Because gun control is unconstitutional. Period.