Home Guns No Surprise: More Lies From Biden About Guns 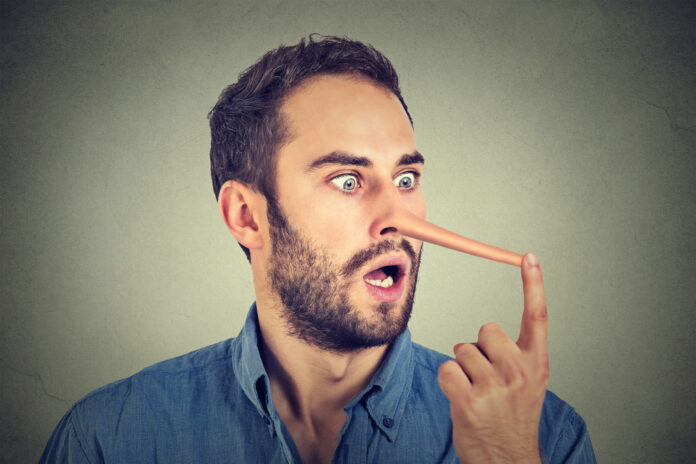 There are some things that all Americans should be appalled about, that we should all hate, regardless of political position. One of those things is being lied to by the people who (supposedly) represent us.

Now, I get it that most of us take it for granted at this point that politicians, especially those in Washington, D.C., are going to lie to us as a basic course of action. I also get that many people still actually believe what the mainstream media tells them is going on (God knows why) no matter how many times those organizations have been busted for lying, so there is a huge group of Americans (i.e. all of those on the political left) who have simply never heard the truth and, for some bizarre reason, have never recognized that their news sources lie to them constantly.

So, I’m not surprised that Joe Biden has been telling more lies about guns (even if he is just reading what he’s been told to read by his teleprompters). That doesn’t change the fact that these lies are infuriating. It would appear, though, that there are a few other people unhappy about Biden’s lies, too. Jack Phillips writes,

President Joe Biden’s claims that there are no background checks at firearms sales at gun shows have drawn criticism, with fact-checking websites saying that it is false.

Biden during a White House speech on Thursday asserted that a person could buy “whatever you want” at a gun show without a background check.

“Most people don’t know it, you walk into a store and you buy a gun, you have a background check. But you go to a gun show, you can buy whatever you want and no background check,” Biden said.

Biden’s comment was declared false by Factcheck.org: “That’s wrong. In fact, federal firearm dealers must run a background check on a potential buyer at a gun show using the FBI’s National Instant Criminal Background Check System, or a similar state system.” It said that the president was likely referring to private sales between a non-dealer and an individual at gun shows.

“Hobbyists who sell weapons in one-off private transactions are not required to be licensed or to run background checks,” the ATF said in a news release last year in announcing the arrests of three Texas men who pleaded guilty to unlicensed gun dealing at gun shows.

Still, because these fact checks show that Biden lied about guns yet again, don’t expect any of your anti-gunner friends to hear this truth from their news sources. It just doesn’t fit the anti-gun narrative of the mainstream media.

But you know the truth, so be sure to share this article with all of your anti-gun friends so that they can at least be informed about the situation in order to take an intelligent position on guns.