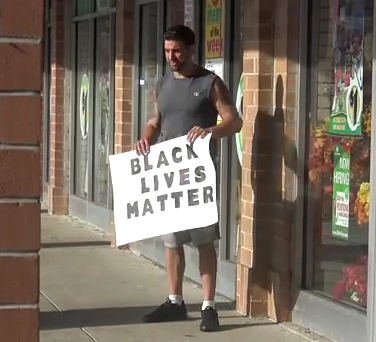 The bar for “journalism” at CNN has been set so low that only the most dishonest snakes can now crawl under it. The good folks over at TheFederalist.com just unloaded on a ridiculously dishonest attempt by CNN to demonize cops. CNN is basically pretending that a felon, who was in possession of illegal drugs and had a gun in his hand (not holster), shouldn’t have been approached by police because of open carry laws.

Sean Davis of TheFederalist.com does a great job destroying them:

The article, entitled “Keith Scott Shooting: What we know a week later” and written by CNN reporters Catherine Shoichet and Polo Sandoval, purports to tell readers all of the relevant facts surrounding the shooting. Unfortunately, the CNN report leaves out some vital facts while wildly misstating or misrepresenting others.

The most glaring omission in the report is any mention that police witnessed Scott in possession of illegal drugs. That fact is key, because Scott’s simultaneous possession of a firearm and use of illegal drugs is a glaring violation of both state and federal law. When police initially witnessed Scott in possession of marijuana, which is illegal under both federal law and North Carolina law, they chose to ignore it, because they were in the area to serve a warrant on a separate individual. He was not a priority at that time. Police did not move in on Scott until they also witnessed him brandishing a gun while under the influence of illegal drugs.

It is impossible to understand how or why police chose to confront Scott without knowing about his use of illegal drugs and his illegal possession of a firearm while under the influence of illegal drugs.

They are so desperate to fan the flames of racial tension over at CNN, it seems they just can’t help themselves.

From the outset, the Scott shooting didn’t fit into the narrative of Black Lives Matter. The cop who fires the fatal shot is black. The suspect is armed with a gun.

Instead of backing off the story, CNN doubles down and tries to hide basic facts that provide the rationale for police interacting with Mr. Scott in the first place. Read the entire article from TheFederalist.com here.