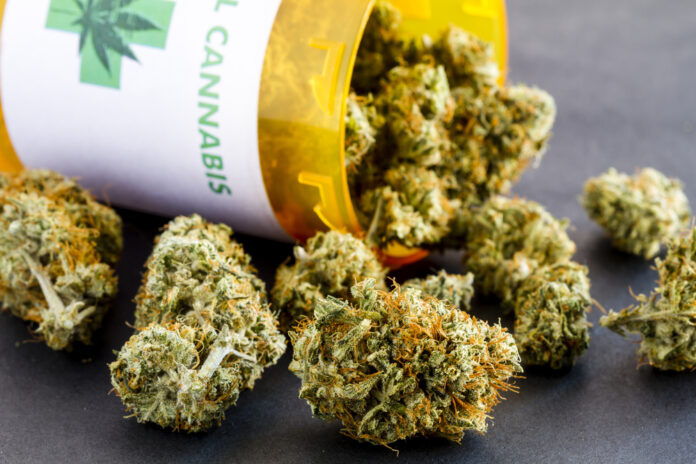 Well, this is an interesting turn of events: One state has passed a law that no longer allows marijuana usage to prevent a person from being able to buy a firearm.

Now, I expect that there will be a number of Cheech and Chong jokes in the comments, but this is a reality in Oklahoma now: use of marijuana for medical purposes can no longer be justification to denying firearm ownership to a person. Mike Maharrey writes,

Today [08/28/2019], an Oklahoma law that prohibits the denial of firearms ownership to patients using medical marijuana went into effect despite federal prohibition.

The Oklahoma House passed HB2612 by a 93-5 vote. The Senate approved the measure 43-5. With Gov. Kevin Stitt’s signature in March, the new law went into effect Aug. 28.

It also prohibits the state from denying a medical marijuana patient access to public assistance programs, including Medicaid, SNAP and WIC.

Most states have formally adopted this federal ban on owning firearms for medical marijuana users, or simply help in its enforcement. For instance, police in Hawaii sent letters to medical marijuana patients who owned guns telling them they had 30 days to surrender their weapons.

While passage of HB2612 does not overturn the federal Gun Control Act of 1968, it does remove the state and local enforcement arm of that unconstitutional act as it applies to medical marijuana users in Oklahoma.

Now, whatever your position on medical marijuana usage, the fact of the matter is that regular users are certainly no more violent than the average person, at least not for reasons of using marijuana. So, is there really a valid reason for government to prohibit a medical marijuana user from owning a firearm either for personal protection or for sport purposes?

Still, with Federal laws still on the books prohibiting ownership of firearms by users of marijuana, it will be interesting to see if Oklahoma is left in peace or if the Federal government will seek to consolidate power by trying to force the state to deprive people of their gun rights.