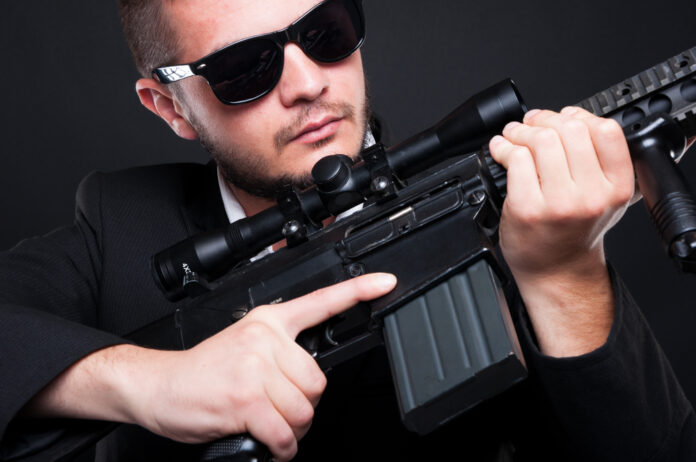 I’m not a person who thinks that most law enforcement officers are evil people looking for a way to be a bully and get away with it. I know too many decent people who are police officers and sheriff’s deputies to come to that conclusion.

But that doesn’t change the fact that there are people in law enforcement who use their positions as a way to be bullies and to get away with violence. And, sadly, are able to avoid jail time. Take a recent situation with a police officer in Florida. Matt Agorist writes,

Since the tragic shooting in El Paso, Texas in which a deranged gunman murdered 22 people inside a Walmart, law enforcement have been making dozens of arrests. These arrests consist of people who have been threatening to carry out a mass killings. One person, however, recently threatened to carry out a mass shooting — twice — and he has yet to be arrested. His occupation is a police officer.

Detective Steve Begren was talking to a fellow police officer last month when he made the threat, claiming that there would be an “active shooter situation” at Tarpon Springs Police Department headquarters if he didn’t get the promotion he wanted, according to the agency.

This was not perceived as a joke by the fellow cop and, in fact, he was immediately worried about Begren’s comments.

“The detective said it was something that made the hairs on the back of his neck stand up,” said Tarpon Springs Police Maj. Jeffrey Young.

Begren would later email Tarpon Springs police Chief Robert Kochen and tell him that he was “joking.” However, his fellow cops did not buy it. As the Tampa Bay Times reports, Young said law enforcement cannot ask the public to watch out for “red flags” ― signs of potentially dangerous behavior ― and ignore such a sign under its own roof.

“In his letter he says it was in jest, but in hindsight it was ill-advised,” Young said. “In today’s society you just can’t say something like that and not be held accountable for it.”

Bergen would reportedly resign last Thursday before he was fired.

Why didn’t his fellow police officers think that he was joking? Because Bergen said it with a serious, even a “stoic” face, and no one was laughing.

Why weren’t they laughing? Well, maybe because he made a similar “joke” in a “stoic” manner earlier this year.

Is this who you want “protecting” everyday citizens like you and me? No, me neither, but it could happen because even though Bergen resigned, he “has not lost his law enforcement license and has not been arrested.”

Why hasn’t he been arrested when other people have? I can’t say, but I can say that it is troubling, so be on the lookout for this guy and for your own safety. Because if very many people are like Bergen in law enforcement, then we are much better off trusting ourselves to provide our own protection in this world.