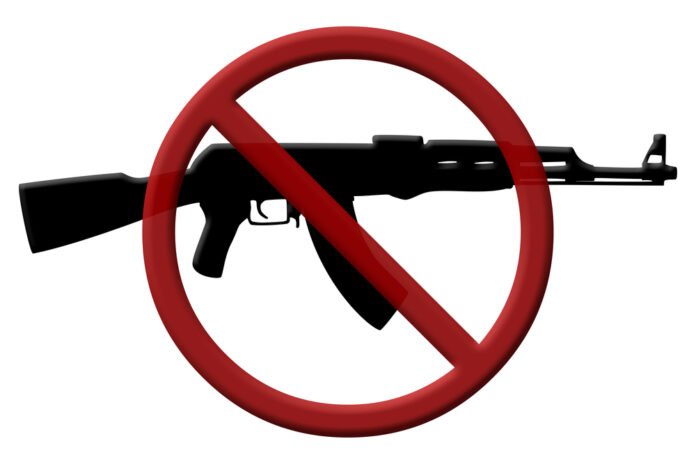 If you’re in Richmond or if you will be near Richmond on Monday, February 17, 2020, then we have something for you to do.

Now, you may remember that we discussed HB961 this past Tuesday, February 11. In case you don’t remember the details, HB961 is a broad brush ban on most things firearm related. In addition to making it a crime to have a magaizine of larger than 12 rounds, the bill also bans assault rifles (you know, the scary looking guns), suppressors, and trigger activators.

In other words, it’s Northam’s and Bloomberg’s big next step in disarming all Virginians.

This means that it’s time for liberty loving Virginians to make the people serving them in government know that Virginia doesn’t want this bill passed. As Phil Van Cleave tweeted:

So, what can you do? A reddit user going by u/ltdpilot posted these suggested directions:

This is a key opportunity to defeat HB 961 and there is a good chance we can do so!

I suggest getting there early, as we will hopefully flood the room and beyond.

Here’s what the current version of HB 961 does: Makes possession of a large number of semi-automatic guns, classified as an “assault weapon” by this bill, a felony. This includes many popular rifles, handguns, and shotguns! You can keep any “assault weapons” you currently have, but you can’t buy any more. The wording is so poor that you probably won’t be able to even fix a broken “assault weapon,” as each part is classified as an “assault weapon”! Gun dealers in Virginia won’t be able to sell an “assault weapon” or any parts for one to anybody, include to gun owners in other states. This will do severe financial harm to Virginia gun dealers. Bans magazines that hold more than 12 rounds of ammunition. There is NO grandfathering! Possession of such a magazine (keeping it at home only) after January 1, 2021 will be a Class 1 misdemeanor. However, transporting such a magazine is a felony! Bans suppressors, making possession of one a felony. You can keep any suppressors you currently have, but you cannot purchase any more and you won’t be able to fix them if they break. Bans bump stocks. Any that you have must be destroyed by January 1, 2021. Possession of one after that date is a felony.

u/ltdpilot is right on the money with this. #VAGunRightsRebellion members need to get there early to make sure that you can get into the room, and you need to make your voice heard.

You can and should be calm and civil, but you can be calm and civil while still making it clear that you won’t put up with this nonsense. This bill needs to be killed before Ralph Northam has the chance to steal gun rights with this horrible legislation.