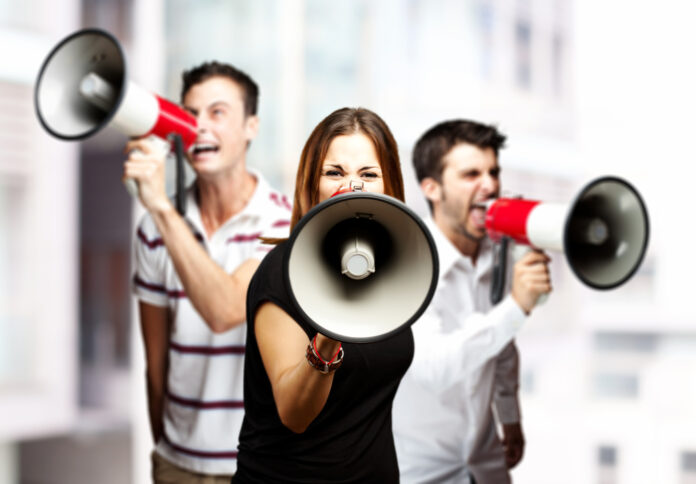 They say that they oppose gun violence. That’s admirable. The problem is that they seek to “solve” the problem by creating a situation in which gun violence would increase.

And now Moms founder Shannon Watts says that she opposes police (hat tip to here for the lead). Can this go well?

Of course, this isn’t true even on the surface. Some police violence involves firearms, but not all. Still, this is just standard leftist political posturing from Watts. It’s hard to believe that she really has a personal conviction about police using firearms in a violent encounter when she wanted those very same police to enforce her pet gun control measures.

But, like a good little Bloomberg crony, Watts is towing the line opposing the police now. Watts says,

We’re partnering with leaders and organizations who are experts against policing. We’re committed to working with them to address white supremacy and racism at its roots. We are seeing an appetite among lawmakers to push through anti-police brutality legislation.

Something we have seen, and is truly frightening, is we’re seeing armed insurrectionists show up across the country to silence opposition and threaten the lives of lawmakers—like in Michigan. It was a logical concern that would happen during these protests as well. Every nation struggles with viruses and with racism, but only America gives agitators easy access to arsenals and ammunition. These shooting tragedies are preventable, they’re senseless, but they’re uniquely American. When people show up to protests with guns, and are having a heated back-and-forth—it’s a uniquely American issue where somehow the Second Amendment is being allowed to supersede the First Amendment.

Of course, the hypocrisy that Watts doesn’t mention is that the violence that is occurring in demonstrations is strictly coming from her side of the political spectrum. Yes, including the shootings.

The same can’t be said of the defund the police protests and other people that Watts is now supporting (see here, here, here, and here for examples).

Of course, this blame-pro-gun-people-and-criticize-the-police rhetoric from Watts is standard fare from those on the left: make an accusation to distract from the real issue, and the real issue is that gun violence is unique to those on the left and those who won’t follow moral and ethical principles anyway (criminals). Lawful gun owners tend to be the responsible ones.

But Shannon Watts, like Bloomberg and his other cronies, is simply sucking up to whomever will give her media attention and put money in her pocket while ignoring the real causes of gun violence and its real solutions.