Home Guns Are All The Illegal Guns On The Street Our Fault? 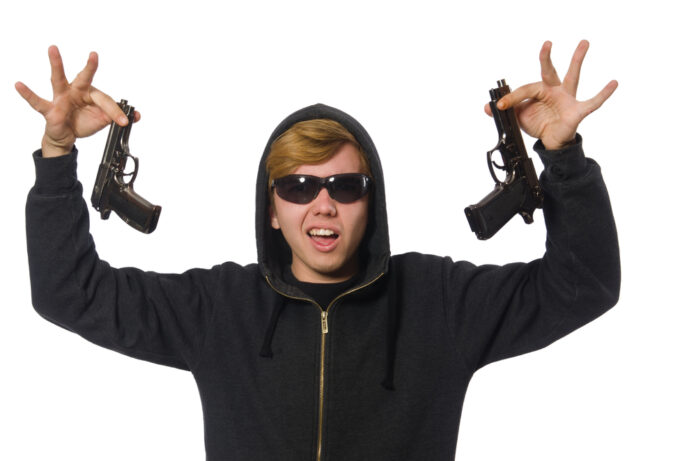 Illegal guns on the streets, often in large cities, it would seem, are a problem. They are a problem primarily because the people who are looking for illegal guns are, typically, the ones committing crimes with guns. So, you can understand from a practical standpoint (aside from any Constitutional perspectives as to whether anyone can be banned from owning a gun) why law enforcement would be concerned about guns being on the streets illegally.

And if people have guns illegally, how are they getting them? By definition, they are getting them in illegal ways whether that is theft, black market purchases, or some other method. They certainly aren’t getting their hands on illegal guns in a legal manner.

So, where are those guns coming from? A police chief in Maryland tells at least one place. Chris Hayes writes,

The chief said many of them are coming from legal gun owners who are carrying them in their cars. Carson said it’s so prevalent now that criminals are confident they’ll find a gun when breaking into a car. He said the criminals are “looking specifically for guns. They’re finding guns and a lot of times when we encounter them, they are armed with guns they’ve stolen out of cars.”

Carson said criminals are targeting parking lots in the city and the suburbs, from hotels to shopping centers.

“They might hit an apartment parking lot and hit 15-20 cars and come up with three guns,” he said. “They’re hitting the jackpot.”

Now, let’s first take up the who is to blame question. The answer is the thieves who steal guns are to blame. If they weren’t stealing, then a gun in a vehicle (or a home, etc.) wouldn’t be an issue.

Having said that, though, as gun owners, we need to remember that it is our job to be the responsible ones. We take responsibility for protecting ourselves and others by owning, training with, and carrying firearms. We also have a responsibility to make sure that our firearms are secured and don’t fall into the hands of the irresponsible (including children) or criminals.

So, are gun owners responsible for all the illegal guns on the street? No. But we should still take the initiative to make sure that our guns are not the ones that are stolen.