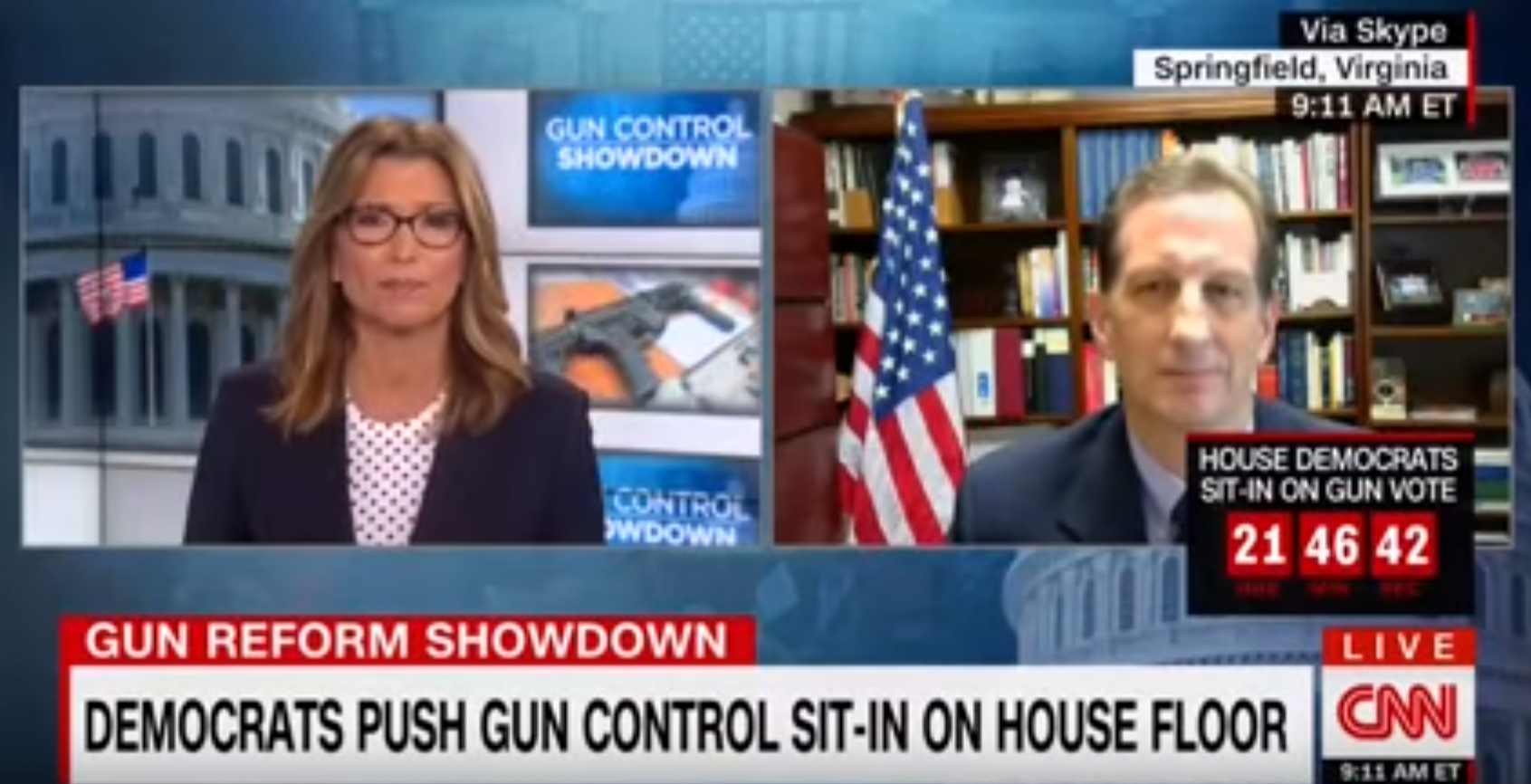 When you turn on CNN or virtually any mainstream media news station, you are typically bombarded with the idea of “Gun violence” being a problem in the United States of America.

The fact is: that’s just not true.

To quote John Adams: “Facts are stubborn things; and whatever may be our wishes, our inclinations, or the dictates of our passion, they cannot alter the state of facts and evidence.”

One CNN reporter recently got schooled when she invited Gun Owners of America’s Executive Director, Erich Pratt on to debate gun control.

Obama’s Executive Ordered CDC Studies Have Backfired on Him

Obama likes to state that the CDC has been barred from doing “gun violence” research. That’s only half true. In 2013 Obama gave an executive order to give $10 million in funding to the CDC to study it. The results of the study seem to be factually correct because it surprised the heck out of Obama and everyone on the left (which is probably why you never hear the president or anyone in the media talk about it!)

Here are some key findings from the CDC report, “Priorities for Research to Reduce the Threat of Firearm-Related Violence,” released in June:

1. Armed citizens are less likely to be injured by an attacker:
“Studies that directly assessed the effect of actual defensive uses of guns (i.e., incidents in which a gun was ‘used’ by the crime victim in the sense of attacking or threatening an offender) have found consistently lower injury rates among gun-using crime victims compared with victims who used other self-protective strategies.”

2. Defensive uses of guns are common:
“Almost all national survey estimates indicate that defensive gun uses by victims are at least as common as offensive uses by criminals, with estimates of annual uses ranging from about 500,000 to more than 3 million per year…in the context of about 300,000 violent crimes involving firearms in 2008.”

3. Mass shootings and accidental firearm deaths account for a small fraction of gun-related deaths, and both are declining:
“The number of public mass shootings of the type that occurred at Sandy Hook Elementary School accounted for a very small fraction of all firearm-related deaths. Since 1983 there have been 78 events in which 4 or more individuals were killed by a single perpetrator in 1 day in the United States, resulting in 547 victims and 476 injured persons.” The report also notes, “Unintentional firearm-related deaths have steadily declined during the past century. The number of unintentional deaths due to firearm-related incidents accounted for less than 1 percent of all unintentional fatalities in 2010.”

5. Gun buyback/turn-in programs are “ineffective” in reducing crime:
“There is empirical evidence that gun turn in programs are ineffective, as noted in the 2005 NRC study Firearms and Violence: A Critical Review. For example, in 2009, an estimated 310 million guns were available to civilians in the United States (Krouse, 2012), but gun buy-back programs typically recover less than 1,000 guns (NRC, 2005). On the local level, buy-backs may increase awareness of firearm violence. However, in Milwaukee, Wisconsin, for example, guns recovered in the buy-back were not the same guns as those most often used in homicides and suicides (Kuhn et al., 2002).”

6. Stolen guns and retail/gun show purchases account for very little crime:
“More recent prisoner surveys suggest that stolen guns account for only a small percentage of guns used by convicted criminals. … According to a 1997 survey of inmates, approximately 70 percent of the guns used or possess by criminals at the time of their arrest came from family or friends, drug dealers, street purchases, or the underground market.”

7. The vast majority of gun-related deaths are not homicides, but suicides:
“Between the years 2000-2010 firearm-related suicides significantly outnumbered homicides for all age groups, annually accounting for 61 percent of the more than 335,600 people who died from firearms related violence in the United States.”

So-Called “Gun Violence” Is NOT a Problem In The United States, No Matter How Much The Tyrants Repeat The Lie …

I’ve written before that Gun Violence is a made up propaganda buzzword and that it just simply is not a problem in the USA.

So-called “assault weapons” are also not a problem.  The actual number of deaths by rifles — of any type, not just so-called “assault rifles” (another propaganda word) — is so low it’s laughable that it’s a political issue at all.

In short, about FIVE times more people are murdered with knives than any type of rifle(based on FBI statistics for the year 2011).

And finally, you are TWICE as likely to die from the prescription drugs sitting in your medicine cabinet than you are from the gun in your home, or your neighbor’s home, or in the hands of a criminal because the DEA’s own study shows that guns are SAFER than prescription drugs.