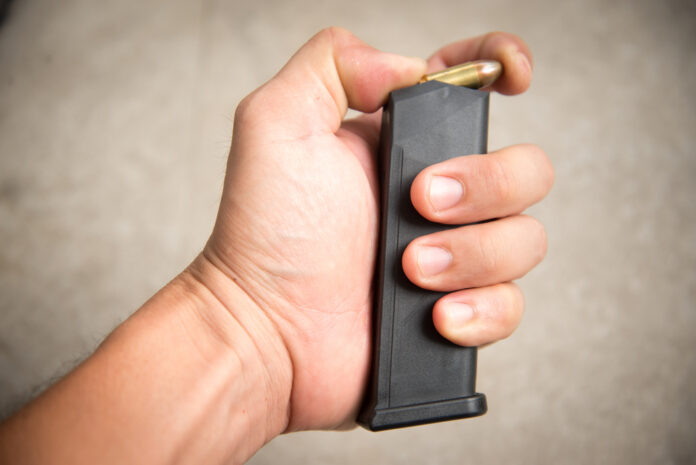 You know that you’re dealing with people who have no clue as to the driving factors of gun violence and gun crime when they think that cutting the size of magazines by half would make any significant difference in those statistics. But, sadly, here we are.

Hawaii has long been a progressive playground, and, of course, on the issue of guns, the “progressive” stance (which, ironically, is regressive and is not progress) is as much gun control as possible. Unless you’re working for the progressive-run government.

So, with that foolishness in mind, it should come as no surprise that Hawaii is trying to pass yet another stupid gun control law. This time the target is magazine size. Yes, Hawaii law makers are proposing that magazine size for all firearms, including pistols (yes, even including your everyday concealed carrY), be limited to five rounds. Chris Eger writes,

Pro-gun advocates in one state are warning that lawmakers, in conjunction with police officials, could set a magazine capacity limit as low as five rounds.

The Hawaii Firearms Coalition, a non-partisan gun rights group in the Aloha State, met earlier this month with state Rep. Gregg Takayama, chair of the important Public Safety, Veterans, & Military Affairs Committee in the Hawaii House of Representatives. The reason for meeting with Takayama, a Democrat, is that his committee frequently hears gun bills first.

What the HFC found out was that an updated magazine restriction will soon be on the table in the state.

The group explains that Honolulu Police Department Chief Susan Ballard has been working with Takayama for a reduced magazine capacity law.

Of course, like all gun control laws, these are are sold to the public under the assumption that preventing legal gun owners from having these weapons will decrease gun violence and gun crimes (which are already illegal).

The problem with that thinking? Aside from the very real Constitutional issues, the problem is that criminals who buy firearms legally pass background checks which shows that those obviously don’t work. And the criminals who don’t try to get firearms through legal means? The answer to that question is in the question: they don’t get them legally anyway.

It’s not difficult logic. Unless you’re an anti-gunner who assumes that the guns and accessories are to blame.

Hawaii firearm owners, you need to fight harder to get these anti-gunner idiots out of office before they use the guns on their payroll to take away the rest of your rights, too.