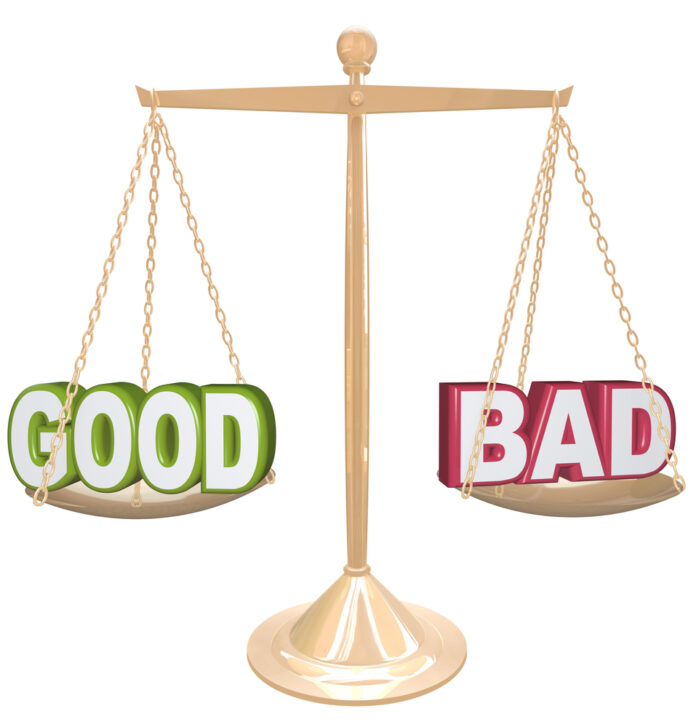 Let’s talk for a minute about what words mean. Now, I’m not interested into getting into esoteric silliness like “it depends on what is means.” Only someone like Bill Clinton could say that with a straight face.

But we are going to talk about the word “bad” as anti-gunners apply it to guns. Why? Because anti-gunners say guns are bad, and that is why they want to ban them. So, it’s important to understand who defines what that word means and what they mean by that so that we can understand what is really going on here.

Fortunately, Liston Matthews has some thoughts for us about exactly these topics:

Some years ago, before the smoking ban in Tennessee, my wife and I went to a new restaurant. We asked for a non-smoking table. After a while, the manager took us to a table to be seated. With a not-so-sleight-of-hand motion, he reached over and grabbed an ashtray and put it behind his back.

“I asked for non-smoking.”

“But you just picked up the ashtray! That’s not a non-smoking table.”

His response!? “It’s non-smoking because I say it is.”

So it is with gun laws. Gun laws make guns bad because someone says guns are bad.

Malum Prohibitum contrasts with Malum in Se, defined as “An innately immoral act, regardless of whether it is forbidden by law.”

Think about this for a moment. Gun laws “make” guns immoral simply because they are illegal, not because the law is an indication of whether something is moral or not in-and-of-itself. By this same kind of logical fallacy, many anti-gunners have made supporters of President Trump “immoral” in their minds simply because people who support Trump support a different candidate than the anti-gunner.

This thinking is sheer nonsense just like defining guns as immoral or “bad” because some delusional and power-hungry politicians make them illegal in a certain geographic area is nonsense.

Don’t be like anti-gunners. Think for yourself, and use rational thinking instead of silly “reasoning.” Use your mind to come to your own conclusion about the morality of guns.

Anti-2A Activists Are FURIOUS With CNN?

INFURIATING: How Anti-Gunners DISCRIMINATE Against The Poor